Several sample pages below to whet your appetite!

NOW ONLY 3 COPIES LEFT – SO HURRY WE WONT HAVE ANYMORE WHEN THEY ARE GONE!

See also Unfettered Joy a Survivor Memoir   another inspiring survivor story! Only 6 of those left!

In this touching and thoughtful autobiography, Horst Schmidt describes his life as a conscientious objector in Nazi Germany. As one of Jehovah’s Witnesses, he refused to join Hitler’s forces. Instead, he went underground with the Gestapo in hot pursuit. While traveling incognito with the banned publications of his religion he met his future wife, Hermine, in Danzig. Both were arrested. She was sent to a concentration camp, and he was sentenced to death by the People’s Court, Nazi Germany’s highest court.

The reader also gains insight into Horst’s foster-mother Emmy Zehden’s remarkable life. In 1944 Emmy Zehden was executed in Berlin-Ploetzensee for hiding her son and other conscientious objectors. A street leading to the former place of execution has been named after her and now bears the name “Emmy Zehden Way.”

“In just a few years, the life of the Schmidts has changed. As contemporary eywitnesses, they are invited to relate before large audiences details of their sufferings during the NS period. … Having become acquainted with these two wonderful people only after events with contemporary eywitnesses, I am amazed that no one had approached these and other survivors of concentrations camps with request for the reports before now.” -Dr Detlef Garbe, Neuengamme Concentration Camp Memorial 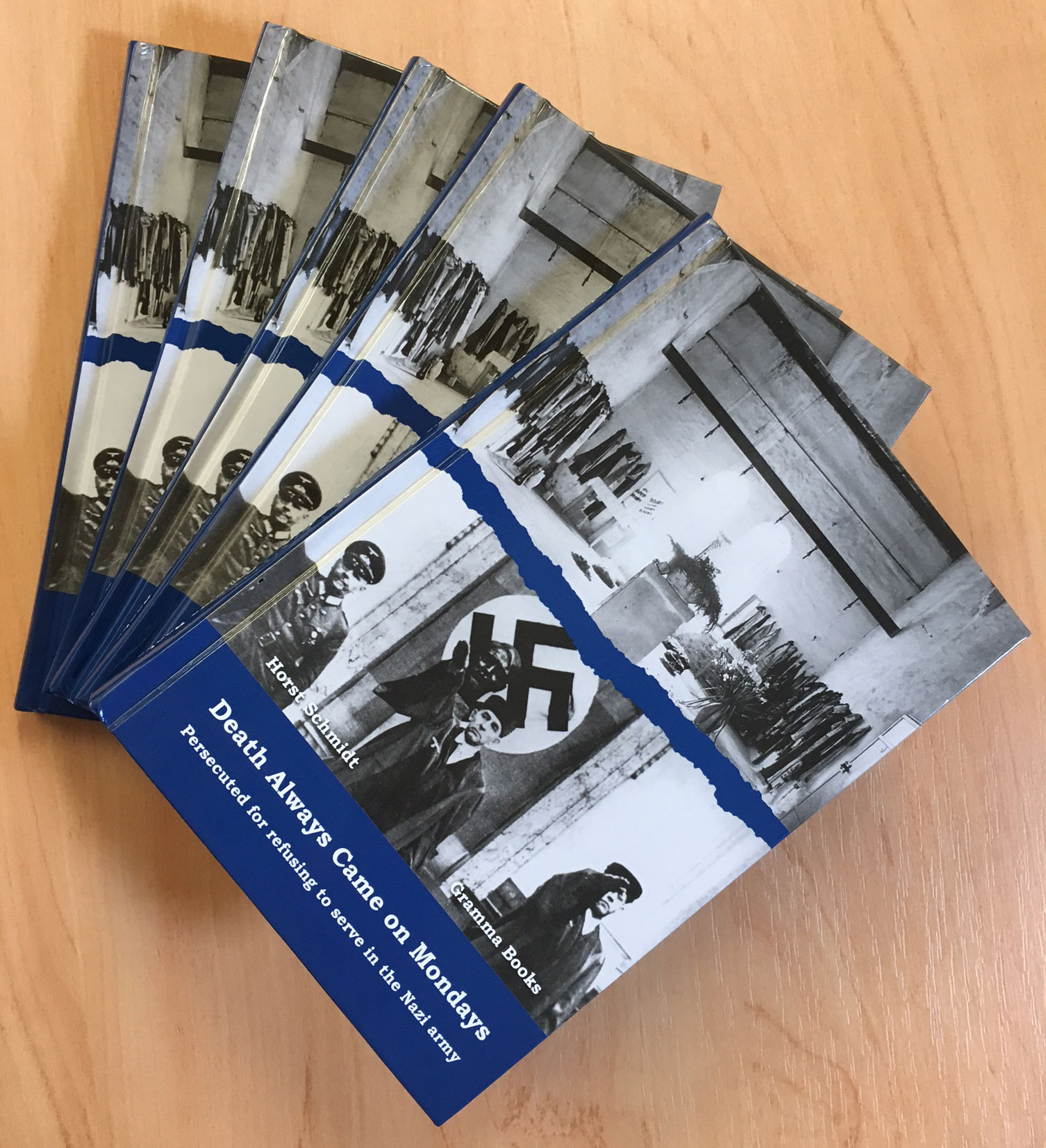 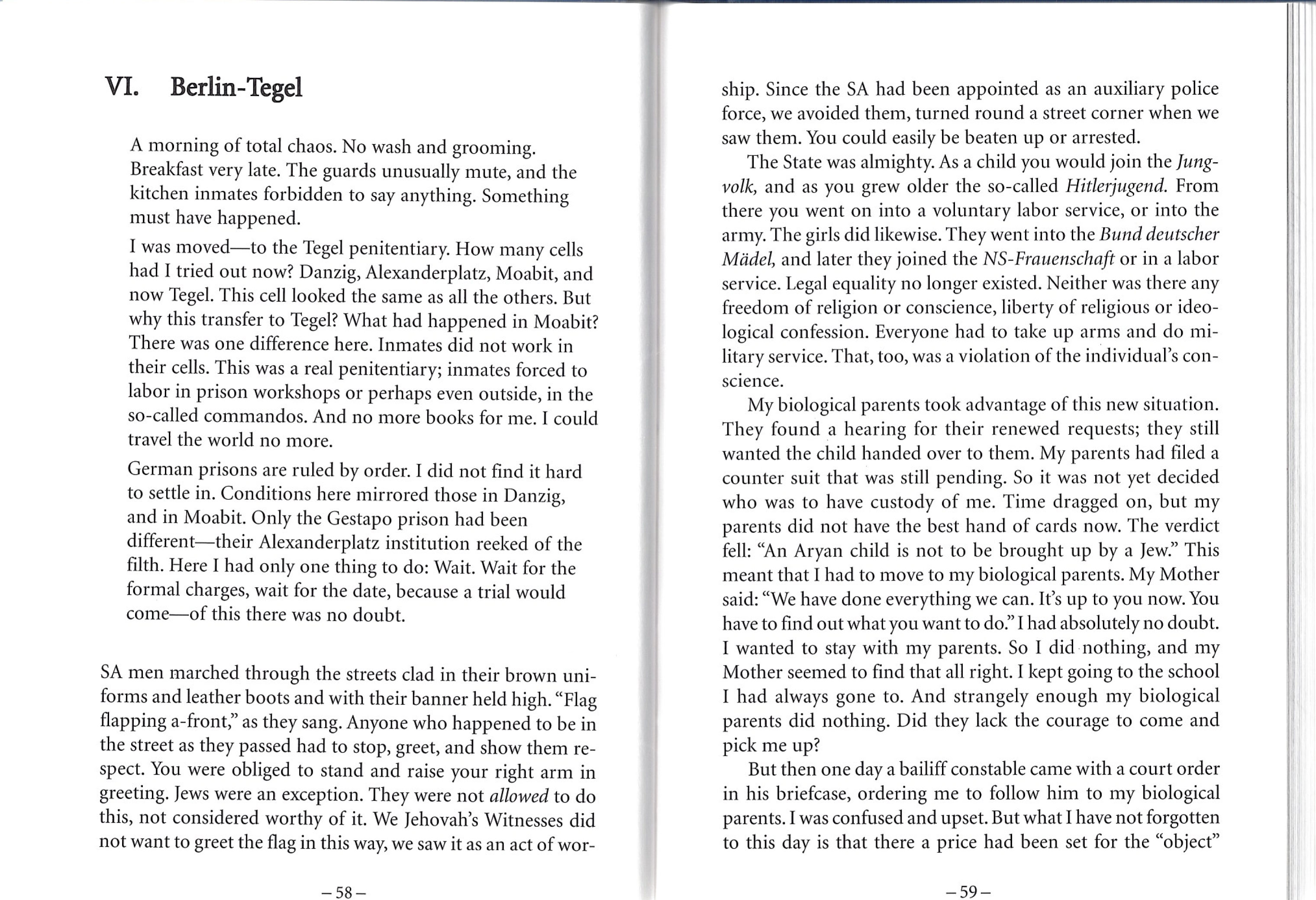 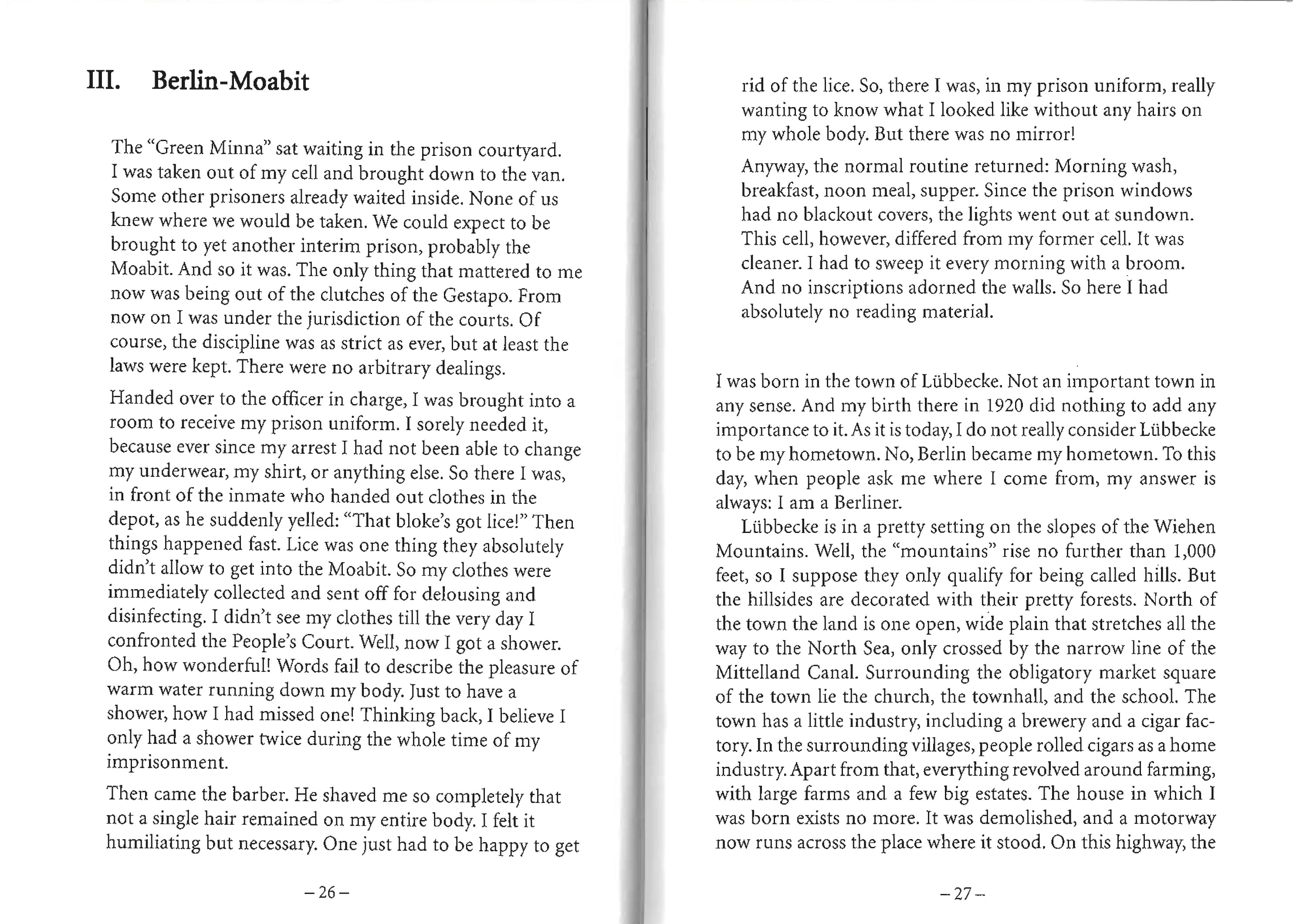 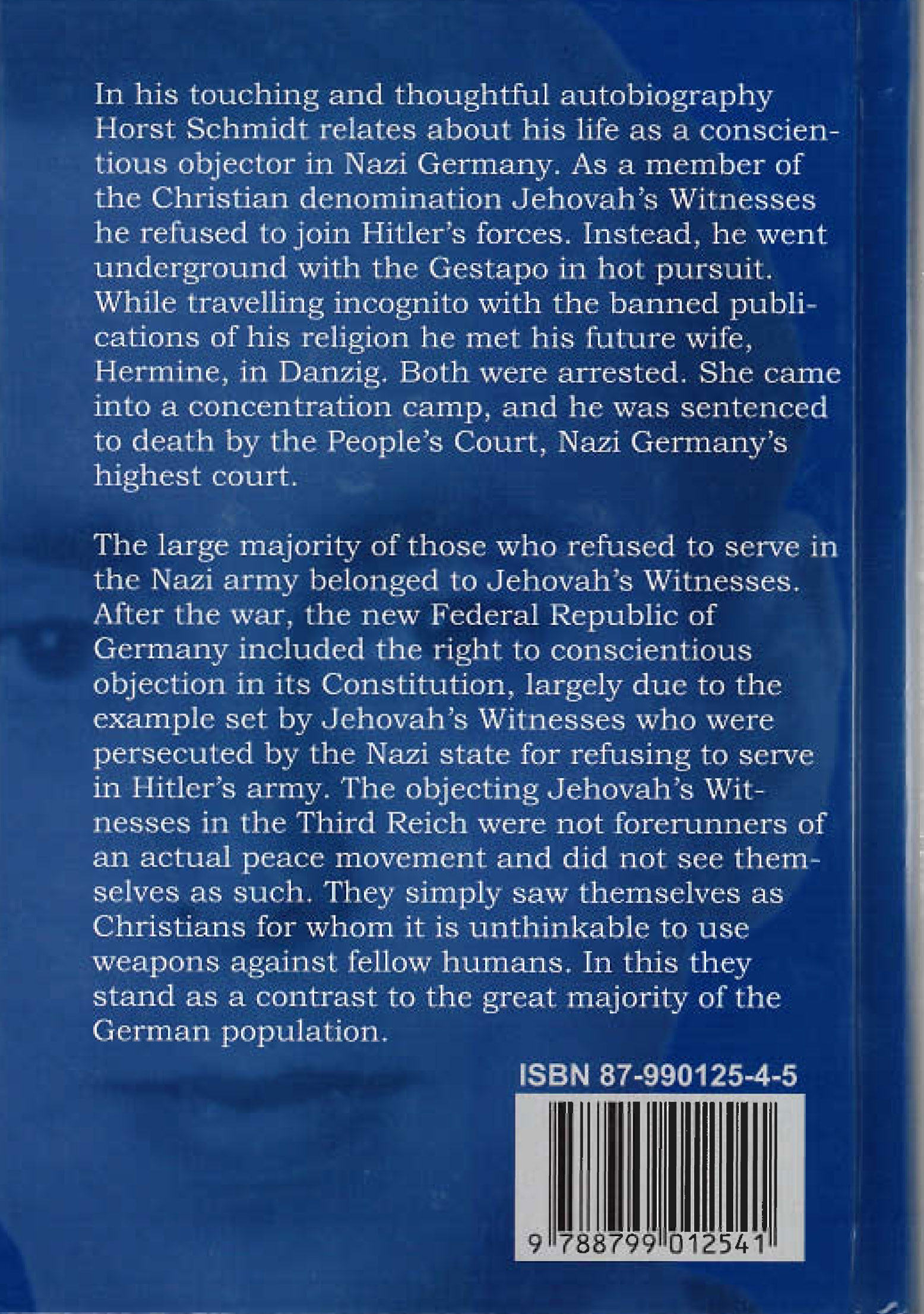