Gems From The New Testament

Several sample pages below to whet your appetite!

NOW ONLY 3 COPIES LEFT AND WILL NEVER BE REPRINTED!

Like precious gems dug from the earth, unsuspected insights and truth buried in the ancient texts of God’s Word have often been revealed by diligent research and translation. Such was the case during work on the “21st Century New Testament”. Many appeared in its Translation Notes. Many more are contained in this little book.

Many translations of God’s Word into other tongues have been made since earliest times. These are recounted and the features of some of the more recent ones in English are evaluated as possible library-shelf additions. Some curious ones too are described.

See also 21st Century New Testament translated by bro Vivien Caple and we only have 11 copies left of that one. 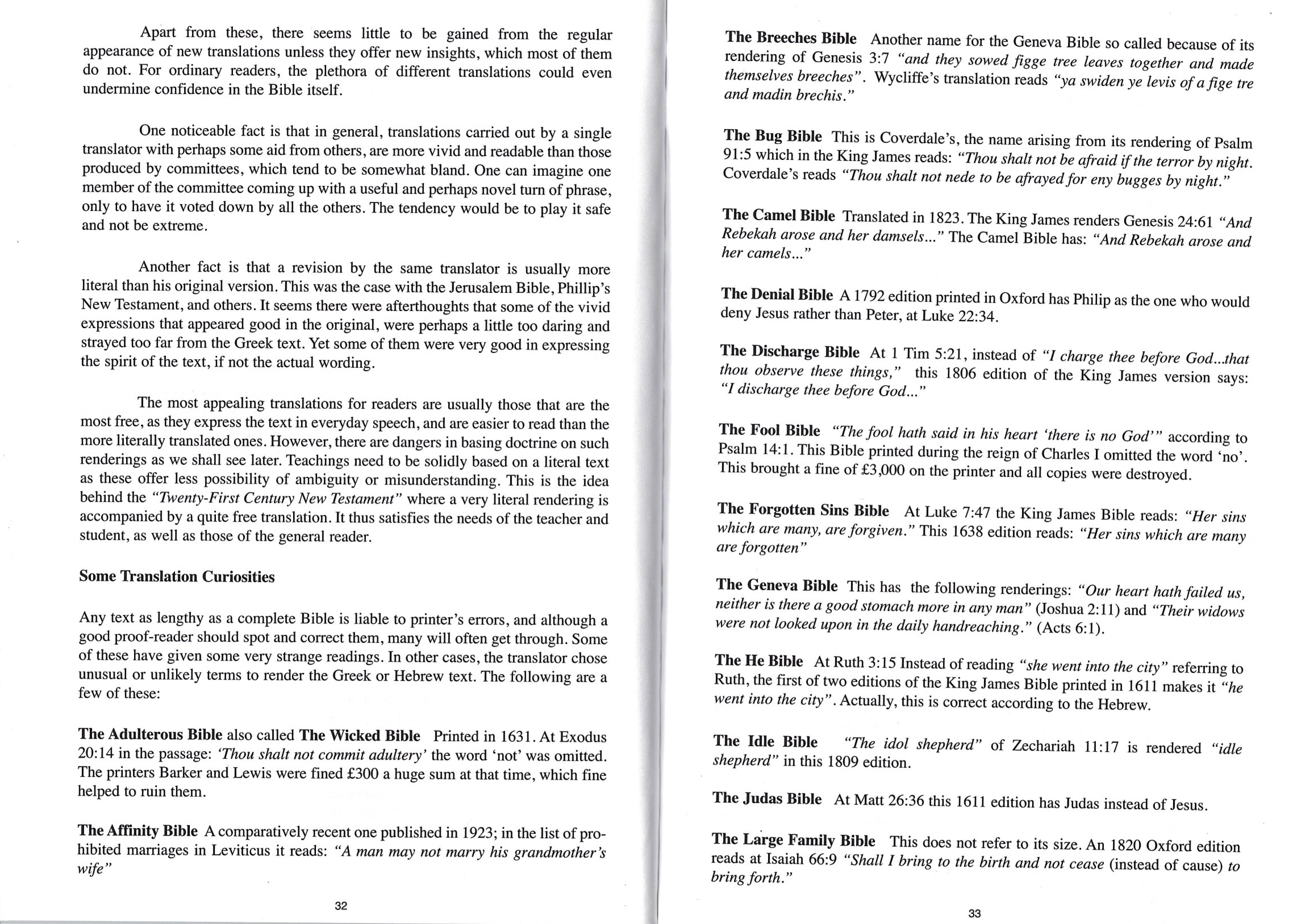 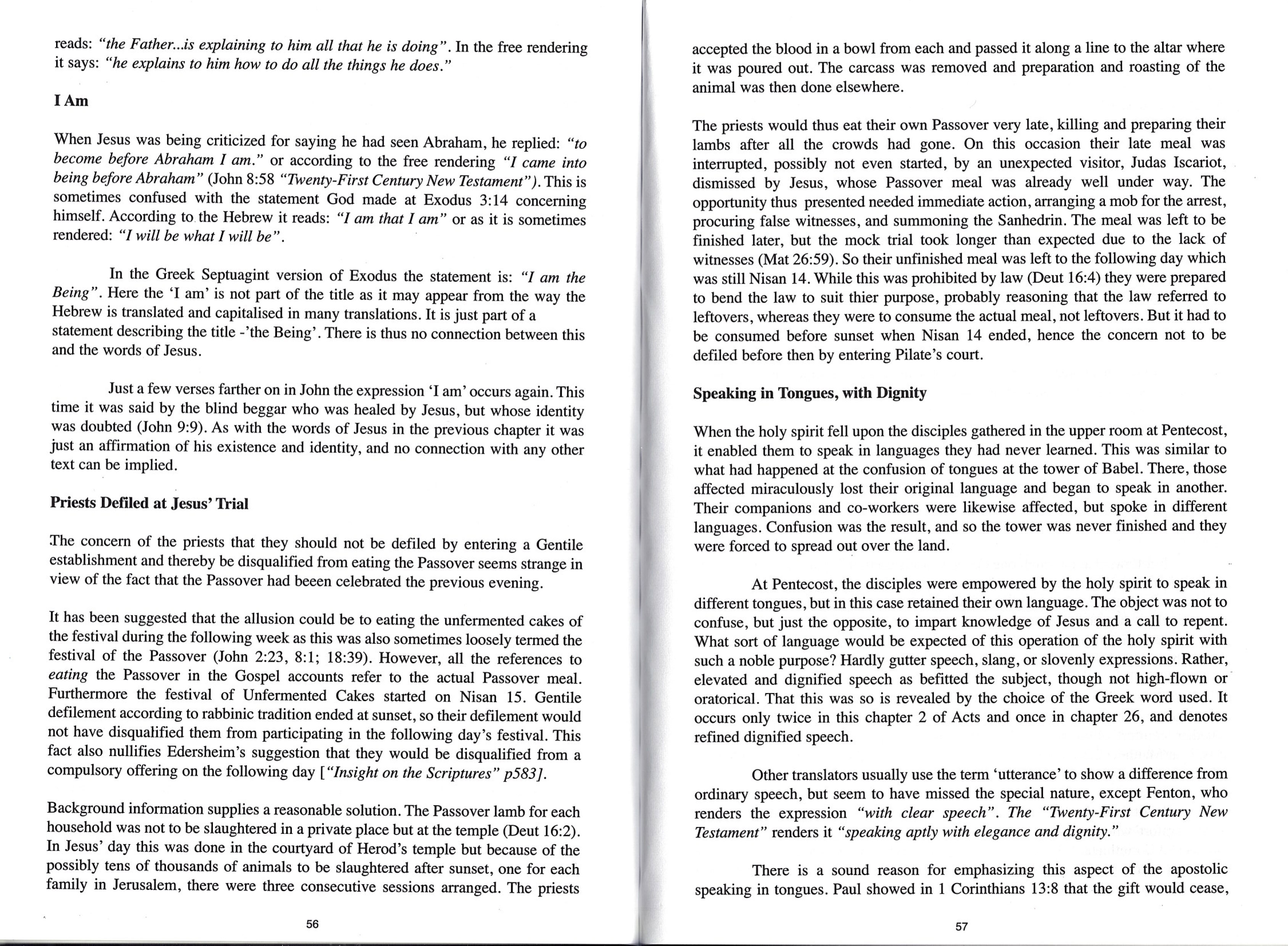